The price of freedom

A few years ago, I discovered that with a bit of effortless browsing, it is quite possible to fly to Italy for less than the cost of trundling the 40 miles from Horsham to London by train.

Thank God for Easyjet. The world might by a very unfair place and we might spend long periods of our lives in a struggle of some sort, but those magic orange and white jets have the power to lift you out of a malaise and set you free.

All at the price of £20 – which is how my love of Bologna began four years ago. After seeing it briefly featured on a BBC arts programme, a few weeks later I was sufficiently intrigued to venture into the relative unknown and it was love at first sight. Medieval, red ochre buildings surrounded me as I wandered through the maze of pedestrian streets that make up the Quadrilatero. Massive churches look down over miles and miles of porticoed streets; fresh fish and vegetable stalls overflowed with abundance and colour, and the occasional doorway violinist added to the feeling that I’d landed in a Caravaggio painting. I am unashamedly besotted. Since that first speculative visit, I have returned over twenty times.

And I was there again last week. On my own, seeking the reassurance found in being surrounded by history. The city has a very high population of elderly residents, but it doesn’t feel overrun. As home to the world’s first university, the student population give the city a young and vibrant feel, and only half an hour away by train, Florence claims most of the tourists. By comparison, Bologna is sedate but if you poke around, offers plenty in the way of museums, galleries, events and stunning architecture.

Then there’s the food. They say you shouldn’t eat pasta twice a day but here, it can take all your resolve to stick to the rules. The pasta flour in the north of Italy doesn’t have as much protein as in the south, so egg is added, giving it a rich golden-yellow hue and a meatier texture. Simple tagliatelle ragu looks uninspiring when it’s served, but never have I tried to make a plate of food last as long as the dish I had last week. Appearance and flavour couldn’t have been more deceptive.

The benefits of dropping into a very different world, even for a few days, are palpable. It refreshes, energises – and from the moment I land back at Gatwick, leaves me wanting to go back for more... 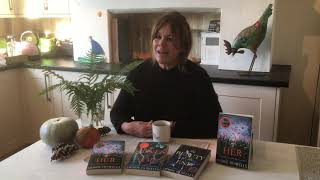